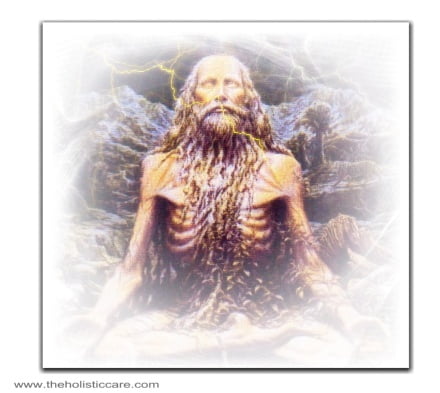 Hatha Yoga is the path of Physical Yoga is the most popular branch of Yoga. Hatha Yoga considered body as a  vehicle for the soul. Hatha represents opposing energies: hot and cold, male and female, positive and negative, similar but not completely analogous to yin yang.

Hatha comes from “ha” – solar (+) and “tha” – lunar (-), the harmonious union of the two opposite aspects in  the human body. The practice of yoga postures (Asana) aims to

“Ha” means Ida nadi, or left nostril and “tha” means Pingala Nadi or right nostril. Nadi means psychic passage of energy which can be compared with nerves in physical body. Hatha means balance of Ida and Pingala Nadis, or balancing of mental energy of Ida and Vital energy of Pingala Nadi. Ida Nadi can be compared with Parasympathetic Nervous system and Pingala nadi can be compared with Sympathetic Nervous System. So Hatha Yoga practices results in balancing the entire nervous system. The basic purpose of Hatha Yoga is to purify the Ida and Pingala Nadis. When the channels are clear and the last block at the base of the spine has been opened, Kundalini rises through the spine, through the central channel (sushumna-nadi), and joins the crown chakra. According to the tradition, the release of Kundalini leads to enlightenment and union.

Hatha Yoga is comprised of asnas, Pranayama, bandhas and mudras. In hatha yoga asnas and Pranayama help purify the mind, body and spirit so the yogi can attain union. Pranayama breathing exercises help clear the nadis, or channels, that carry prana the universal life force, allowing prana to flow freely.

Origin: Some traditions associate the origins of Hatha Yoga with Gorakhnāth, a yogin of the 10th/11th century CE but the oldest surviving comprehensive text of Hatha Yoga is the Hatha Yoga Pradipika by Yogi Swatmarama. This work is nonetheless derived from older Sanskrit texts on Yoga besides Yogi Swatmarama’s own yogic experiences. It includes information about shatkarma, asana, pranayama, chakras, kundalini, bandhas, kriyas, shakti, nadis, and mudras among other topics.

Hatha Yoga is a particular system of Yoga described by Yogi Swatmarama, a yogic sage of the 15th century in India, and compiler of the Hatha Yoga Pradipika. Hatha Yoga is a development of — but also differs substantially from — the Raja Yoga of Patanjali, in that it focuses on shatkarma, the purification of the physical as leading to the purification of the mind (ha) and prana, or vital energy (tha). In contrast, the Raja Yoga posited by Patanjali begins with a purification of the mind (yamas) and spirit (niyamas), then comes to the body via asana (body postures) and pranayama (breath). Hatha yoga contains substantial tantric influence, and marks the first point at which chakras and kundalini were introduced into the yogic canon. Compared to the seated asanas of Patanjali’s Raja yoga which were seen largely as a means of preparing for meditation, it also marks the development of asanas as full body ‘postures’ in the modern sense.

Hatha Yoga in its many modern variations is the style that most people actually associate with the word “Yoga” today. Because its emphasis is on the body through asana and pranayama practice, many western students are satisfied with the physical health and vitality it develops and are not interested in the other six limbs of the complete Hatha yoga teaching, or with the even older Raja Yoga tradition it is based on.