The percentage of diabetic patients all over the world is increasing day by day. Diabetes is the third widespread and serious disease after heart disease and cancer. We need energy to carry out any activity by the body. Our body converts glucose into working power and remains active. Digestive process converts carbohydrates from our food into glucose. As the proportion of glucose in the blood increases, immediately pancreas gland situated behind the stomach releases hormones known as insulin. It converts glucose in the form of power and stores the extra glucose in the cells of liver and muscles. Thus the quantum of glucose in the blood remains balanced. Diabetes mellitus is a disease state in which pancreas not functions normally, no sufficient insulin is produced and so, the body is not capable to manage its food intake properly, body’s metabolism gets disturbed. The sugar, starch and other carbohydrates are not burnt properly because of missing insulin, it leads high blood sugar. The kidneys cannot bear too much sugar (glucose) in the blood and as a result it is filtered out with the urine. Body therefore, utilizes fat instead of glucose. When glucose is converted to strength, the fuel is fully utilized but when fat is utilized as a fuel, poisonous gases like acetone are produced. A diabetic patient becomes comatose called as diabetic coma. 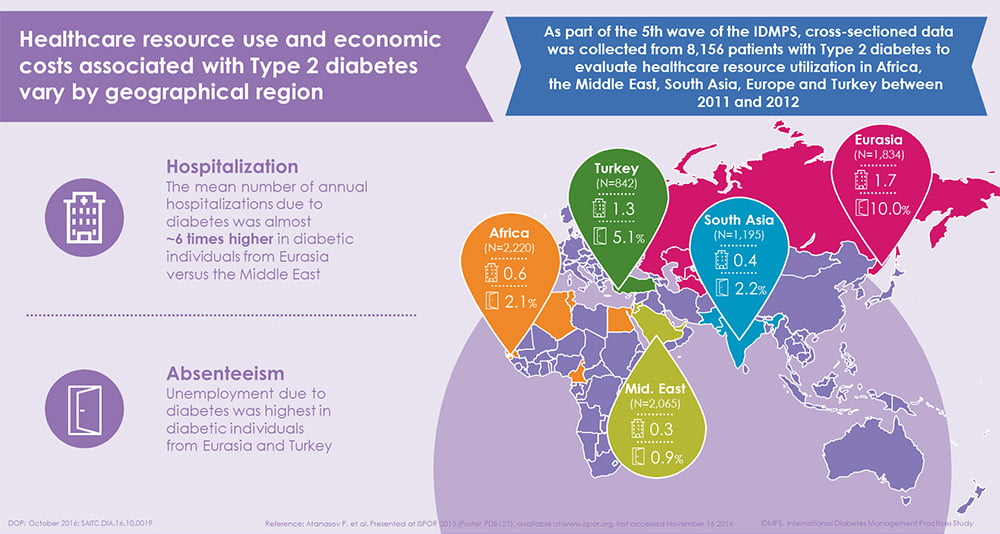 The patients belonging to this category have their pancreas damaged due to virus. In such cases the cells producing insulin normally get destroyed. Therefore, it becomes essential to get insulin injected from outside. So, It is called as insulin dependent diabetes. It can occur at any age, though it most commonly occurs during younger age.

This diabetes is more common than type-I. About 95 to 98% of diabetic patients fall in this class Type-II diabetes mostly occurs in people who are over 40 and overweight. In this type of patients, insulin is produce in the body but its quantum is lower than required. This diabetes can be controlled by proper food, exercises and performance of Yogic exercises.

Gestational diabetes mellitus (GDM) occurs in about 2%–5% of all pregnancies. It is temporary and fully treatable but, if untreated, may cause problems with the pregnancy, including macrosomia (high birth weight), fetal malformation and congenital heart disease. It requires careful medical supervision during the pregnancy.

Fetal/neonatal risks associated with GDM include congenital anomalies such as cardiac, central nervous system, and skeletal muscle malformations. Increased fetal insulin may inhibit fetal surfactant production and cause respiratory distress syndrome. Hyperbilirubinemia may result from red blood cell destruction. In severe cases, perinatal death may occur, most commonly as a result of poor placental profusion due to vascular impairment. Induction may be indicated with decreased placental function. Cesarean section may be performed if there is marked fetal distress or an increased risk of injury associated with macrosomia, such as shoulder dystocia.

There are several rare causes of diabetes mellitus that do not fit into type 1, type 2, or gestational diabetes:

Diabetes insipidus (DI) is a disease characterized by excretion of large amounts of severely diluted urine, which cannot be reduced when fluid intake is reduced. It denotes inability of the kidney to concentrate urine. Diabetes insipidus (DI) is caused by a deficiency of antidiuretic hormone (ADH), or by an insensitivity of the kidneys to that hormone.

In comparison to the healthy man, the possibility of having high blood pressure and ailment of heart is 2 to 3 times more for a diabetic patient.

Diabetes may lead to gangrene, damage of retina, kidneys.

If diabetes is not properly controlled then in the long run fat gets deposited on inner layer of arteries and the possibilities of occurrence of paralysis increase.

TABLE FOR CONTROL OF DIABETES

Above asanas have great effect on the pancreas and other glands, such as adrenal, thyroid and sex glands. The muscle and organs of abdominal area are fully activated due to this asana. Because of this activation the condition and functioning of the pancreas is energized and strengthen. It increases the blood supply to various parts of body, improving insulin administration in the body, it also cures the constipation, and corrects the malfunctioning of stomach. Above pranayamas found useful in diabetes as Alternate nostril breathing has calming effect on nervous system, which reduces stress levels, helping in diabetes treatment.

Beside the above mentioned asana and pranayama practice of yoga nidra, concentration and meditation gives the best result.  Creative visualizing the proper functioning of pancreas and concentration on pancreas during the meditation practice has shown positive effects on sugar levels.

As little is known on the exact mechanism by which type 1 diabetes develops, there are no preventive measures available for that form of diabetes. Some studies have attributed a protective effect of breastfeeding on the development of type 1 diabetes.

Type 2 diabetes risk can be reduced in many cases by making changes in diet and increasing physical activity. A review article by the American Diabetes Association recommends maintaining a healthy weight, getting at least 2½ hours of exercise per week (marathon intensity or duration is not needed; a brisk sustained walk appears sufficient at present), not over much fat intake, and eating a good amount of fiber and whole grains. Although they do not recommend alcohol consumption as a preventative, they note that moderate alcohol intake (at or below one ounce of alcohol per day depending on body mass) may reduce the risk. They state that there is not enough consistent evidence that eating foods of low glycemic index is helpful, but nutritious, low glycemic-index (low carbohydrate) foods are encouraged. (It should be noted that many low-GI foods are not recommended, for various reasons.)

Some studies have shown delayed progression to diabetes in predisposed patients through the use of metformin, rosiglitazone, or valsartan. Breastfeeding might also be correlated with the prevention of type 2 of the disease in mothers.

Diabetes mellitus strikes 1 in 400 cats and a similar number of dogs, though recent veterinary studies note that it is becoming more common lately. Symptoms in dogs and cats are similar to those in humans. Generally, most dogs and about 5-20% of cats experience type-1 (insulin-dependent) diabetes, rather than the type-2 that’s now becoming common in obese humans. The other 80-95% of cats experience type-2 diabetes. The condition is definitely treatable, and need not shorten the animal’s life span or life quality. In type-2 cats, prompt effective treatment can even lead to diabetic remission, in which the cat no longer needs injected insulin. Untreated, the condition leads to blindness in dogs, increasingly weak legs in cats, and eventually malnutrition, ketoacidosis and/or dehydration, and death.

The beneficial effect of yoga in diabetes.

An investigation into the acute and long-term effects of selected yogic postures on fasting and postprandial glycemia and insulinemia in healthy young subjects.

A brief but comprehensive lifestyle education program based on yoga reduces risk factors for cardiovascular disease and diabetes mellitus.

Effect of Yoga asanas on nerve conduction in type 2 diabetes.